Rainfed crop production systems are expected to be sensitive to changing climate due to impacts of temperature and precipitation on crop growth and phenology, as well as increasing weather extremities. Biophysical impacts of a +2°C global warming on major European crops in rainfed systems are simulated here, assuming present-day crop management.

The maps demonstrate the calorie yield (in Mil. kcal/ha) aggregated from main crops (wheat, maize, rye, barley, rice, sunflower, soya, and rape) for the reference and the +2°C global warming periods, and the mean impact. Simulated rainfed yields are converted to calories and summed up to the total calorie yield. The calorie maps accumulate biophysical impacts that may significantly vary by crops and regions. Importantly, winter crops are negatively affected in many regions of western Europe due to accelerated phenological development and in South Europe due to drought. Meanwhile summer crops benefit from warming in most of Europe except for the Mediterranean.

A +2°C global warming is projected to impact the crop yields differently. As an example, due to the projected accelerated phenological development and soil degradation, negative impacts on winter wheat affect many regions of Europe. However, changes in precipitation pattern during the growing season may improve conditions in some dry regions, such as in central Spain and Greece. In addition, increased growth rates during winter and early spring may result in rising wheat yields in cooler climates. Summer crops such as maize would be negatively affected in the Mediterranean region, but, in general, they are going to experience more favourable conditions at higher latitudes and altitudes. Although maize yield would increase by more than 100% in colder climates of Northern Europe, it still remains under 2 t/ha and maize will not become an important crop in these regions. 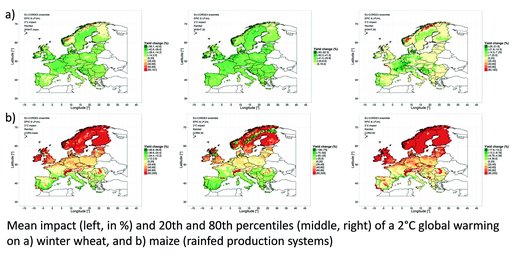 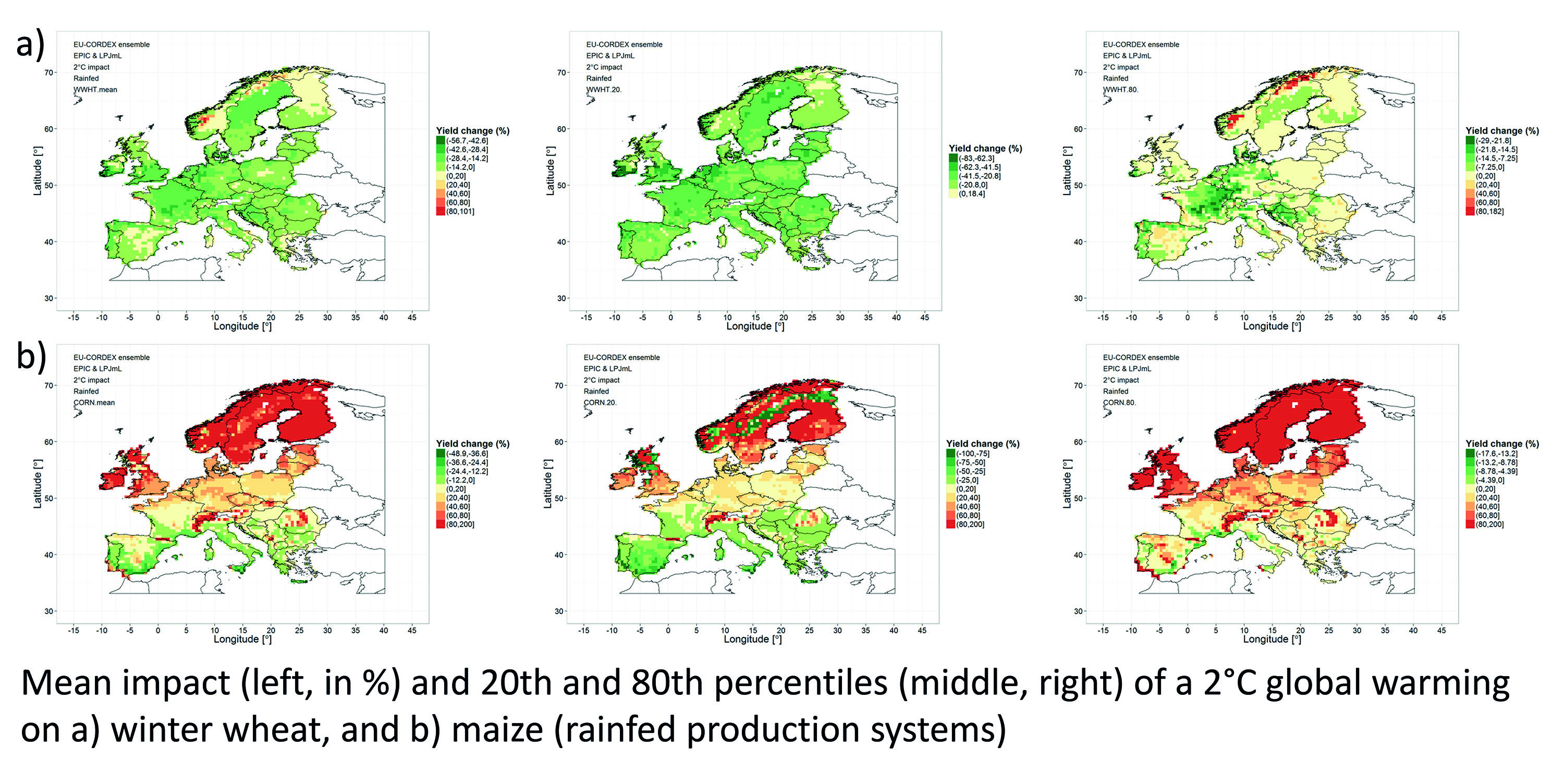 To estimate the mean impacts of +2°C global warming on crop yields two crop models EPIC (IIASA) and LPJmL (PIK) were driven by the ensemble of the five mandatory climate simulations. Hence, the ensemble consists of 10 simulations in total.