1. ­­Why is it important to consider climate change impact for the energy sector?

The direct effects on energy supply are mostly related to changes in renewable energy potentials. Therefore, the IMPACT2C community analysed changes in the solar photovoltaic potential, the wind energy potential and the gross hydropower potential under a 2°C global warming scenario.

The overview of all topics within this story and the methodological pathway applied to estimate the impact on the energy sector are presented in the Figures method chain and Energy topic tree.

Indirect effects of climate change on energy supply are based on changes in environmental conditions which are influencing the energy production potentials. As an example, inland water temperature was analysed to assess the usability of cooling water for thermal power plants. In this case, the VIC hydrological model has been used.

A warmer world might also change the demand for energy due to a larger cooling demand in summer or less heating in winter. IMPACT2C shows the potential evolution of electrical energy demand under a +2°C global warming as the relation between national mean population-weighted temperature and national electricity consumption. 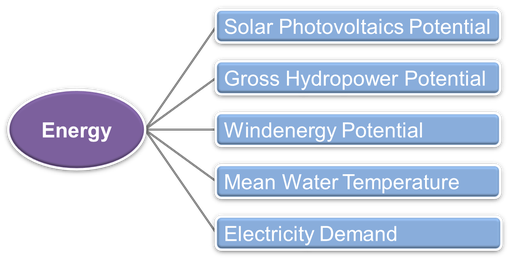 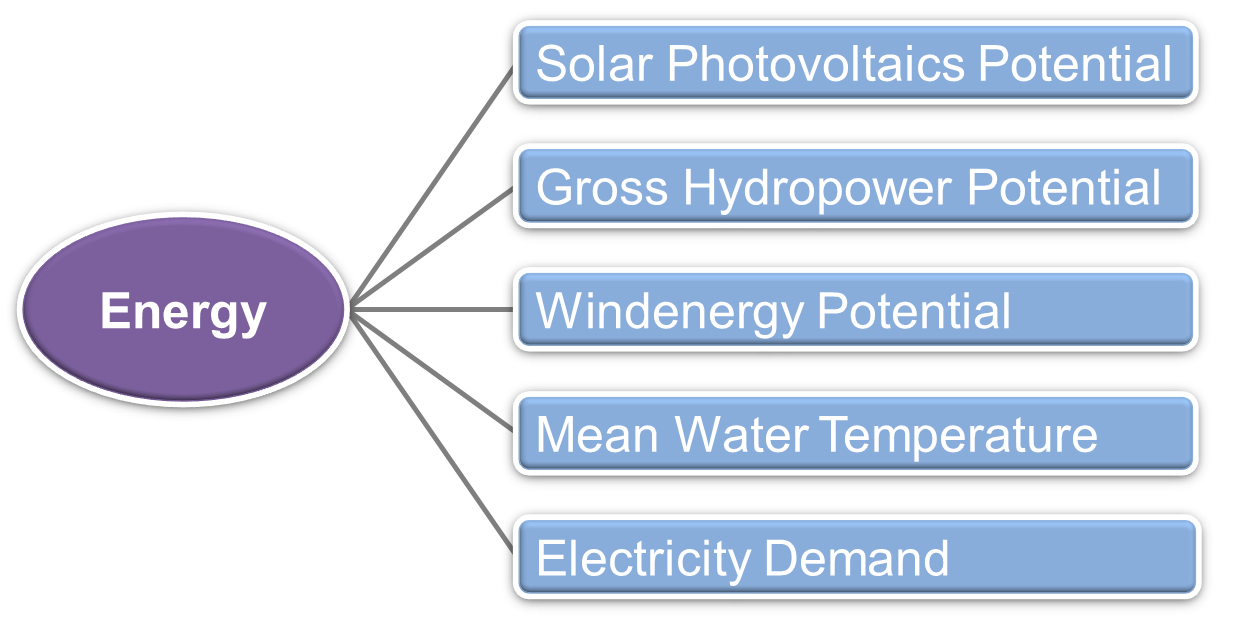 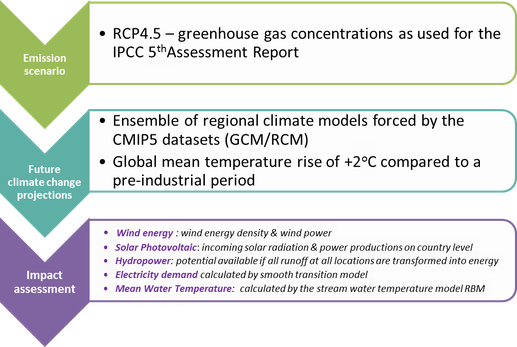 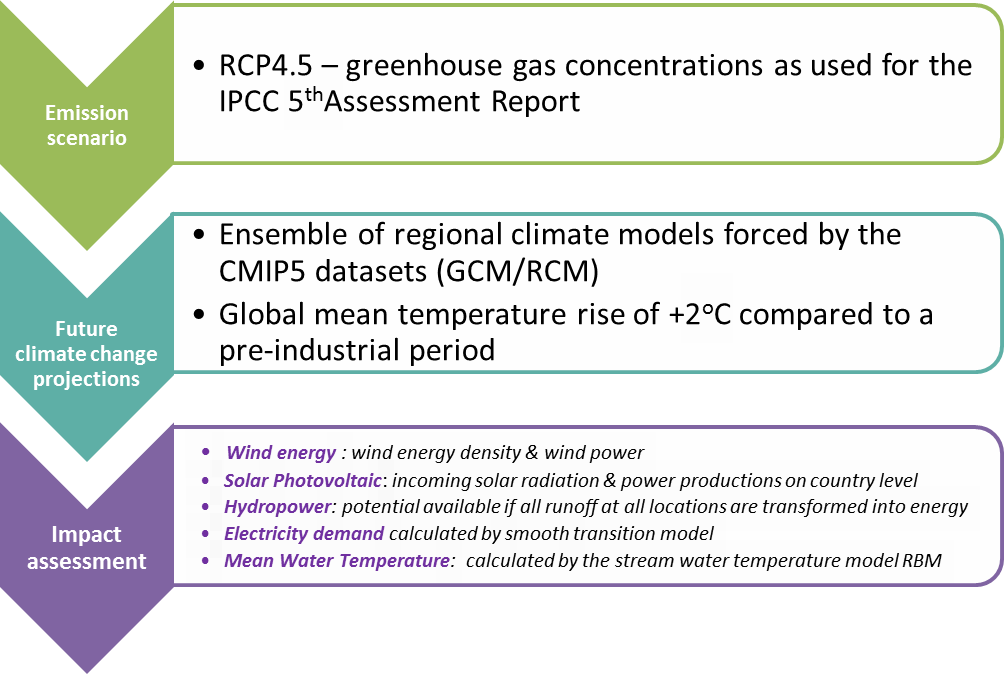 2.What are the key findings?

The mean water temperatures are projected to increase almost all across Europe by more than 1°C in the annual mean. In combination with projected decreasing river discharge, this reduces the potential for use as cooling water and thus also thermoelectric power production.

Furthermore, the electricity demand due to heating and cooling is projected to decrease in most countries, except for Italy, where the net energy demand is projected to increase.