1. Why is it important to consider climate change impact for the water sector?

Future climate change is expected to have a strong impact on various aspects of the water sector. This diversity of potential impacts is also reflected in the research conducted within the IMPACT2C project on the water sector.

The overview of all topics within this story and the methodological pathway applied to estimate the impact on the water sector are presented in Figures method path and Water topic tree. To assess the potential impact of climate change, a set of hydrological models have been forced by the mandatory climate simulations.

Specific analyses have been dedicated to the consequences of a +2°C global warming on hydrological extremes, like extreme floods and extreme streamflow droughts. These extremes both have a strong impact on the livelihood either via direct human losses or via economic losses. Based on their skills, three hydrological models have been selected to estimate extreme floods and two models to estimate low flows.

In addition to the hydrological extremes, potential changes in the water cycle have been in the focus of the project. Exemplarily, two parameters were analysed: mean evapotranspiration which is a key for agricultural production and mean river runoff which has a strong impact on the energy and transportation sector, among others. An ensemble of five hydrological models has been used for this analysis. The VIC model was applied both to estimate the length of snow season and the potential changes in mean water temperature. 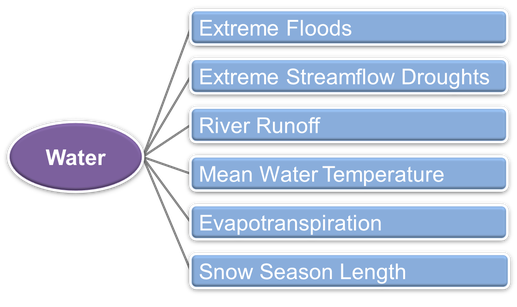 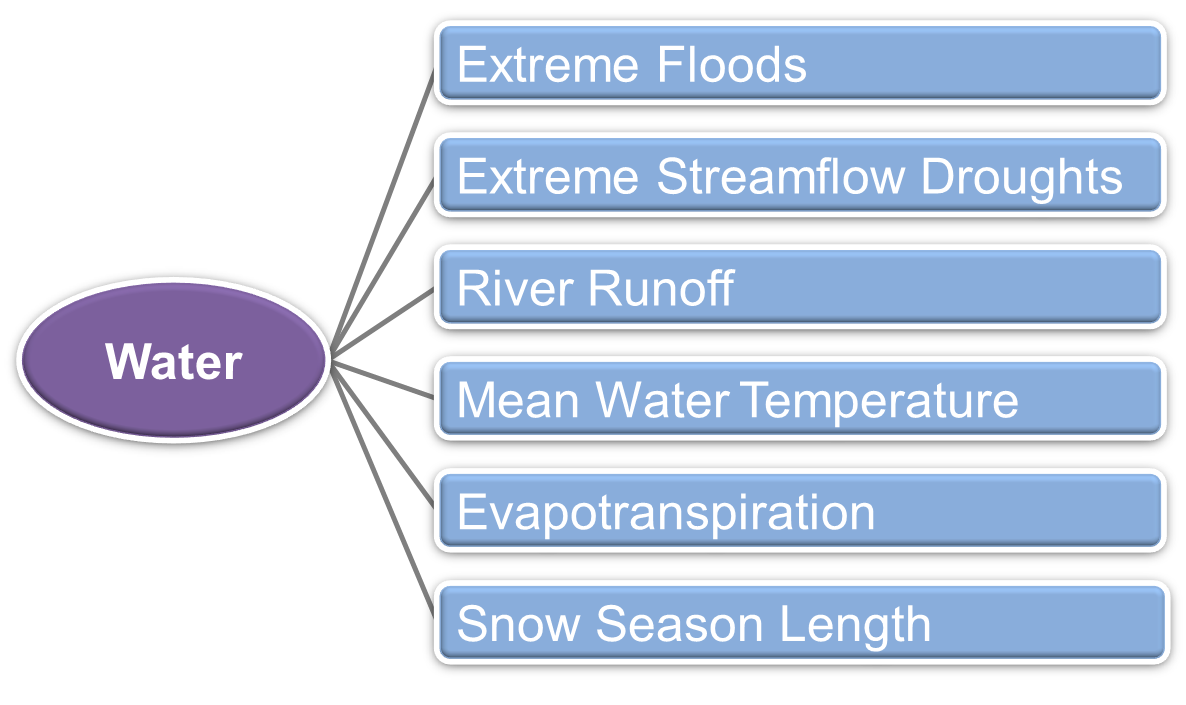 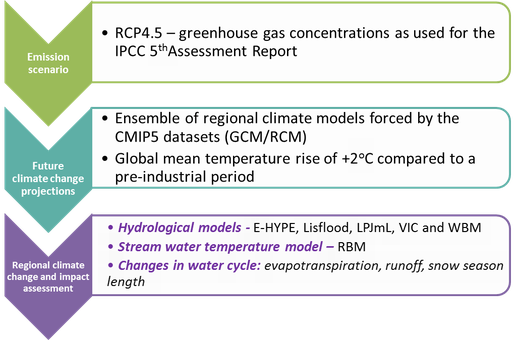 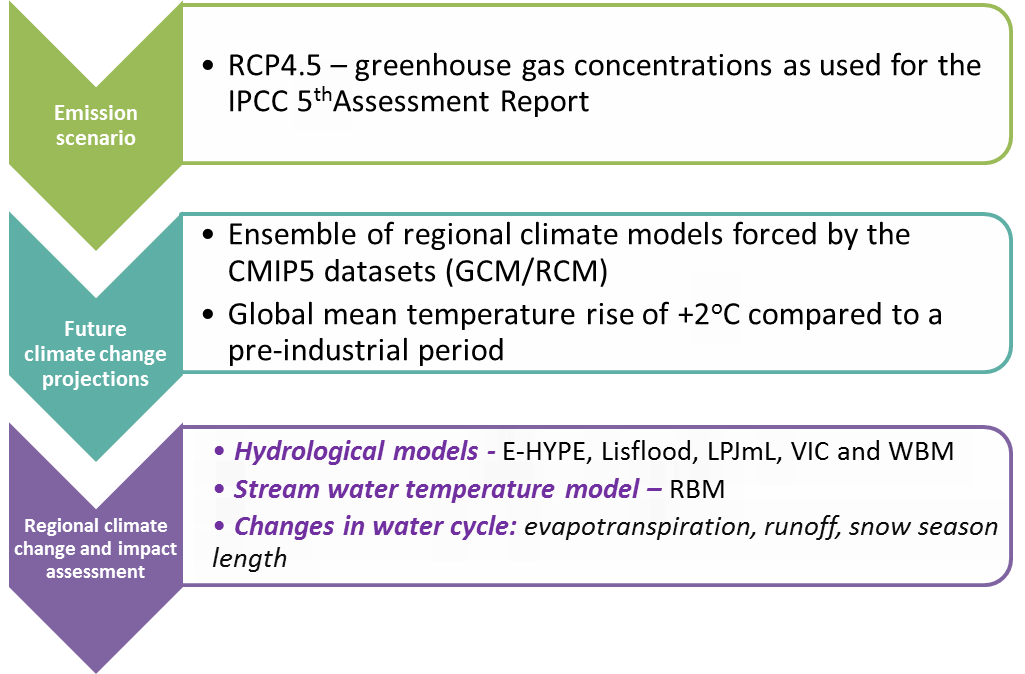 For hydrological extremes, the situation is a bit different. The magnitude of extreme flood events is generally expected to strongly increase over most parts of central and southern Europe, which might be linked to a general increase inextreme rainfall events. Over Scandinavia, however extreme flood magnitude seems to be related to snow accumulation, therefore the projected decrease in extreme flows over this region can be attributed to a decrease in snow accumulation.