Sea-levels take many decades to respond to warming temperatures, so the effects of warming today will be felt a long time in the future. Coastal protection measures have long design lives, so future conditions need to be considered. These maps provide indicative costs of building sea dikes in the 2080s using SSP2 (see background information).

These costs are helpful for coastal managers, either at European or national levels who require the estimated costs of protection to strategically and financially plan for the future. Specific sectors such planning could encompass include: infrastructure, transport and local communities.

These maps illustrate the annual sea dike costs under a +2°C and +3°C (special map) global warming scenario (assuming a median level of ice melt) in the 2080s in EU countries, with a 0.31 m and 0.42 m rise in global mean sea-levels respectively (data projections from the HadGEM2-ES climate model). Costs under a +3°C global warming is shown in the special map. The low-lying nations surrounding the North Sea have the greatest costs. Europe’s smallest economies benefit most from climate change mitigation, as shown in the difference in costs between the two maps. 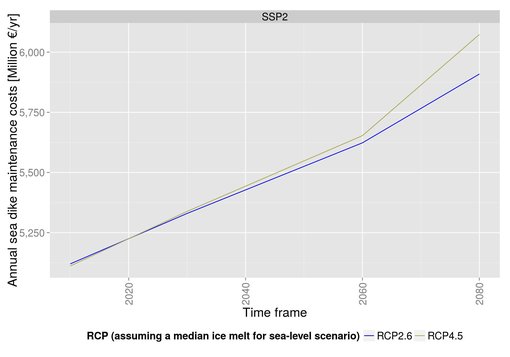 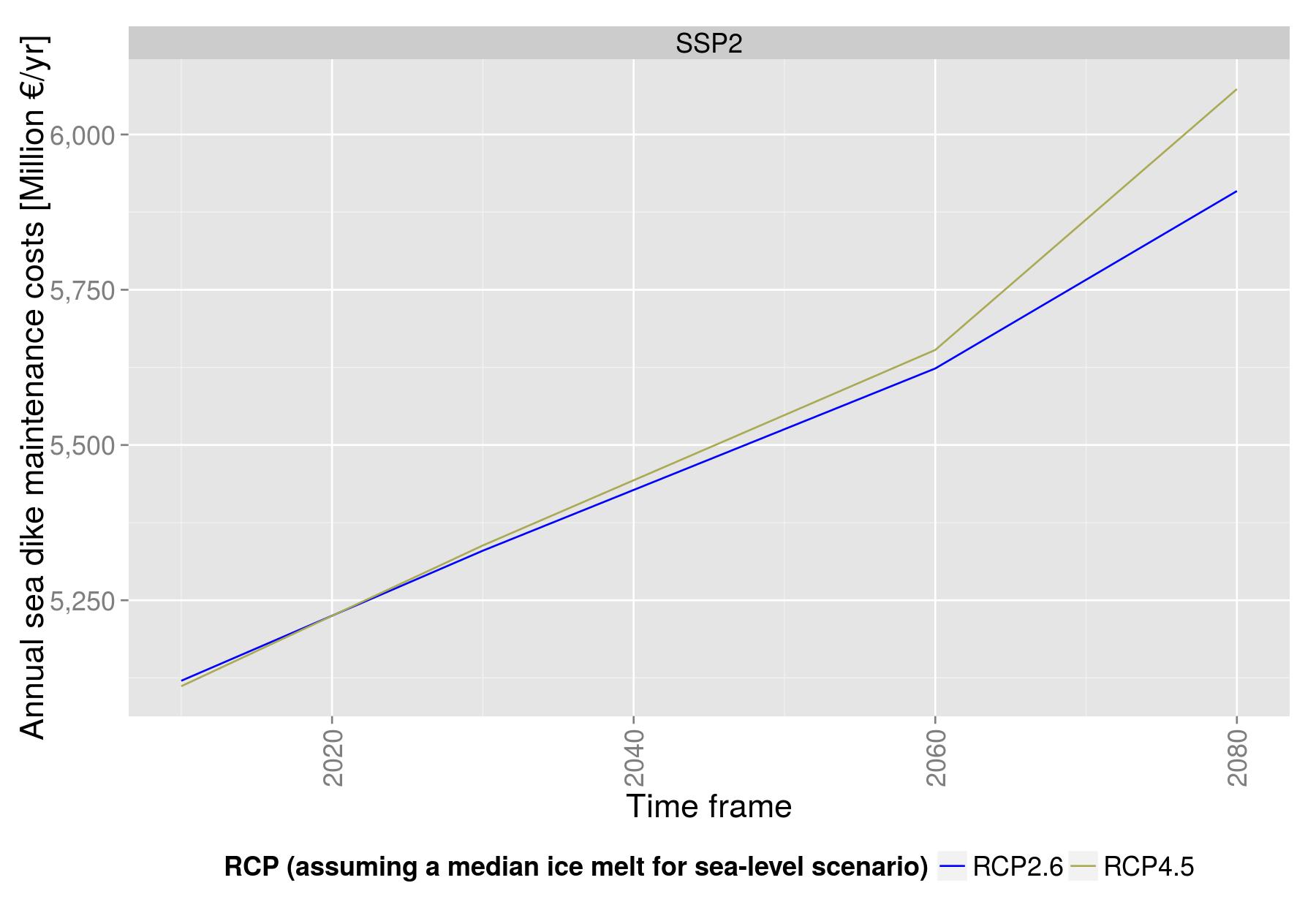 For many impact studies, raising the global mean surface temperature by 2°C will produce an impact that may be apparent within hours to a few years. The situation is not as simple for the sea level rise as oceans can take many decades to respond to warming surface temperatures and ice sheets can continue to melt for hundreds of years, even if temperatures stabilize. Thus, in the project the impact of sea-level rise has been analyzed at a range of temperature projections, focusing on the benefits of climate mitigation e.g. 2080s.

Sea-level scenarios were extracted from:

The costs were generated from the Dynamic Interactive Vulnerability Assessment (DIVA) modelling framework. Further information about DIVA may be found at www.diva-model.net and the following references: