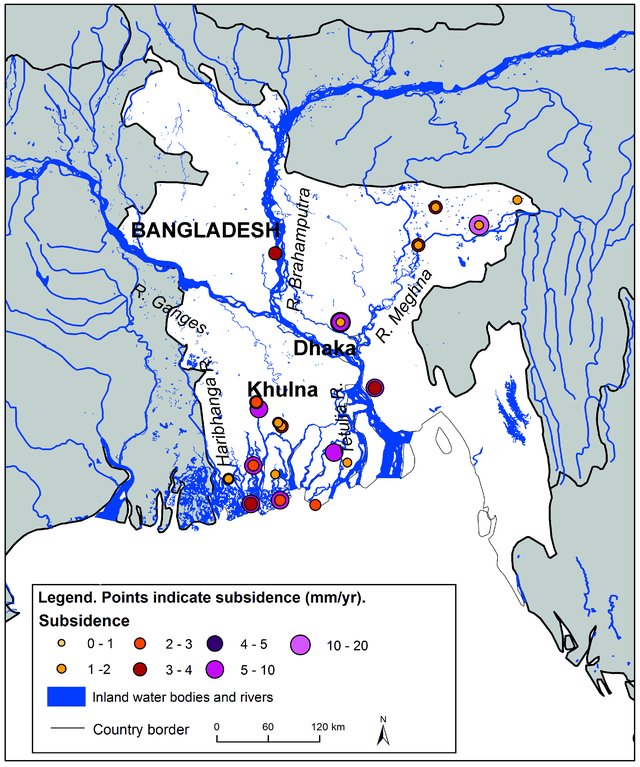 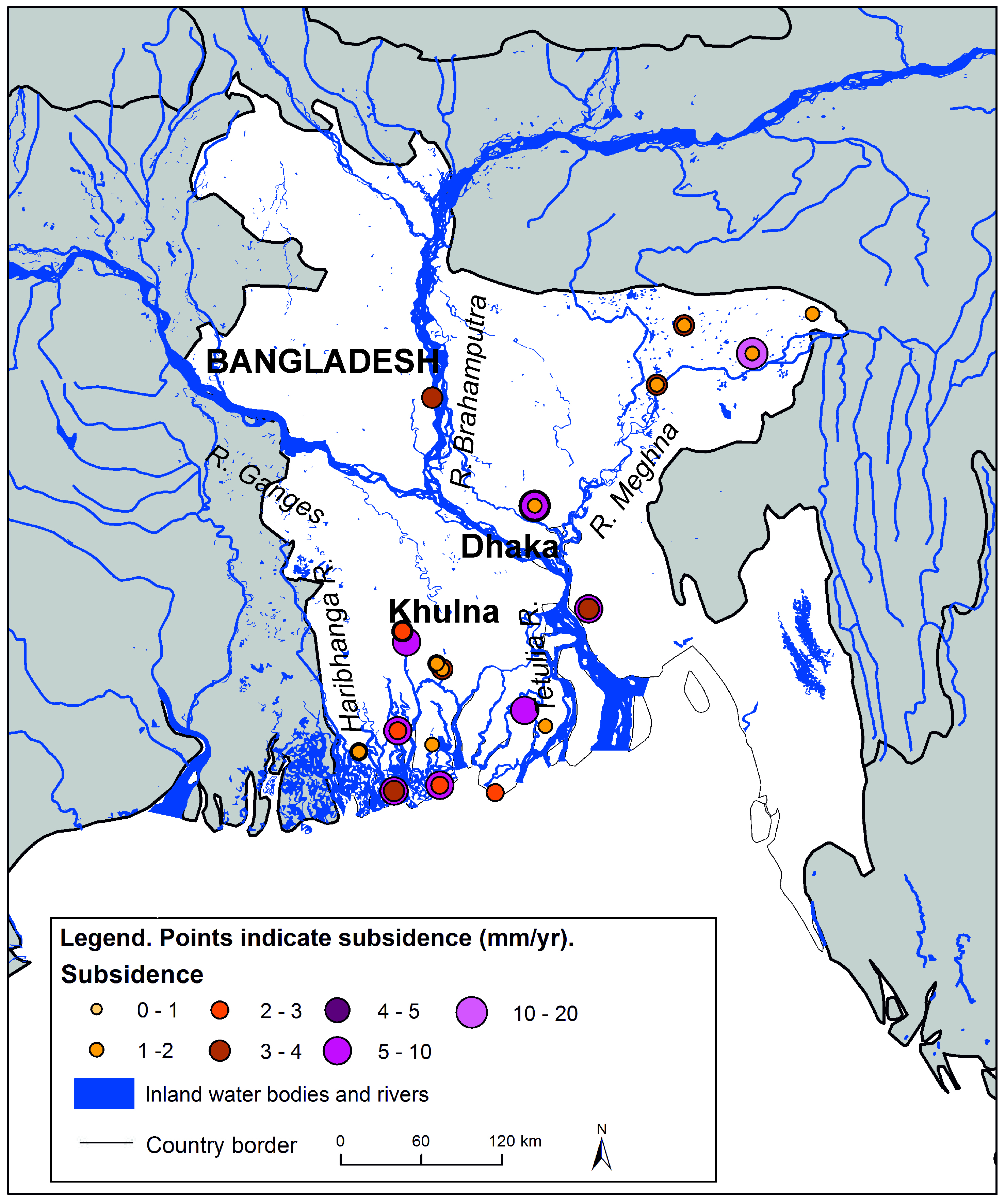 Much focus is given to the effects of sea level rise in Bangladesh, but local land level changes can be equally important. Subsidence in Bangladesh is poorly documented and quantified, and can be very localised. The mean rate in Bangladesh is 5 mm/yr with a standard deviation of 4 mm/yr. Large rates are measured in cities, most probably due to human influences, e.g. water extraction. Active sedimentation occurs in some parts of the delta.

The map is helpful for geologists, geographers, engineers, plus policy makers who are analysing rates of subsidence. The numbers behind the map indicate well-documented scientific measurements to allow high certainty into the rates and causes of land-level change. 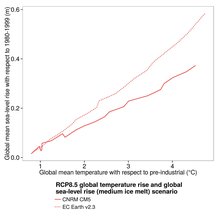 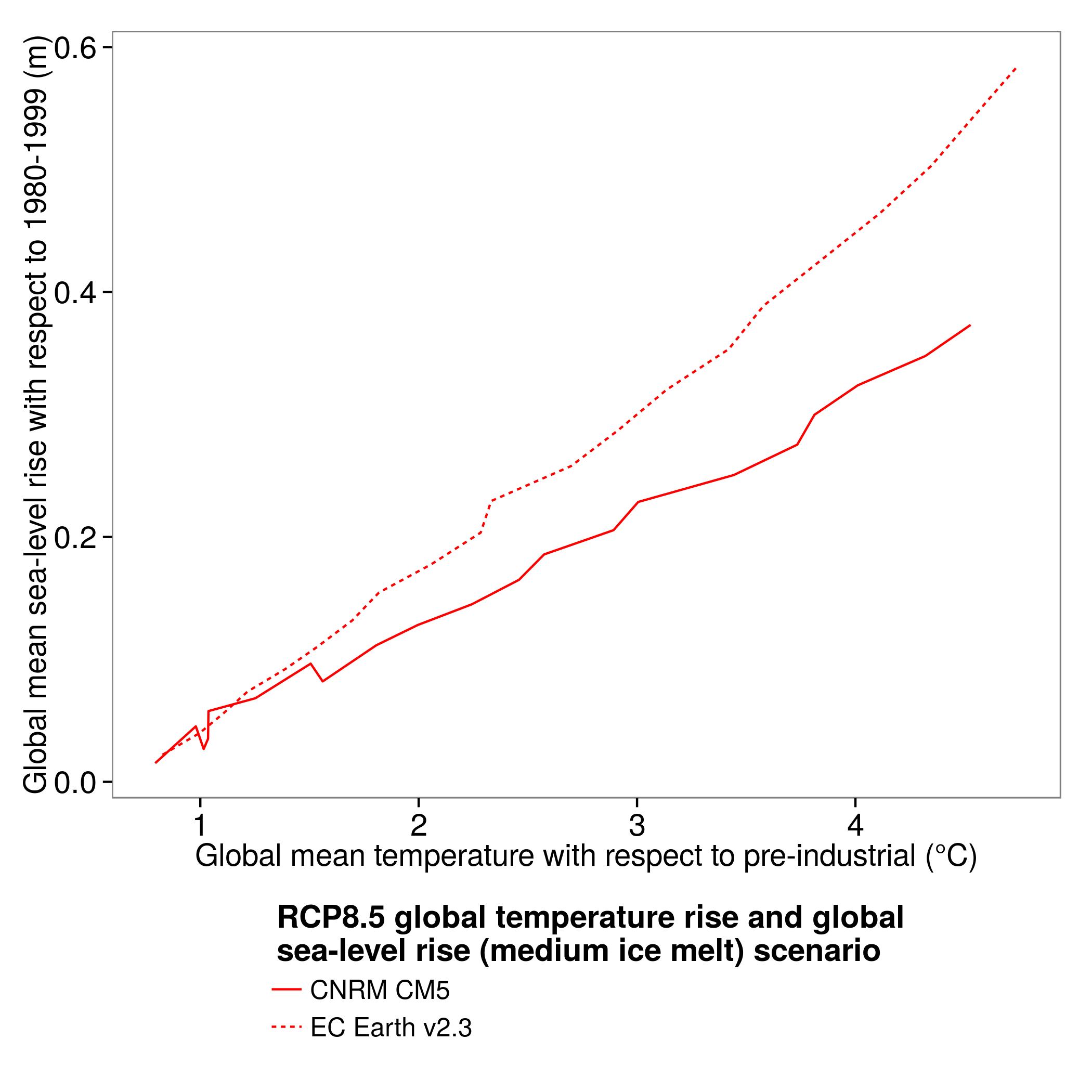 Relative land level change is also affected by sea-level rise. Oceans take time to absorb atmospheric warming so there is a time-lag between temperature rise and subsequent sea level rise. This is known as the commitment to sea level rise. Using an RCP8.5 scenario, temperature rise could reach 3.8°C and 4.2°C by the 2080s, leading to a sea level rise of 0.30 m and 0.49 m (based on the CNRM CM5 and EC Earth v2.3 models respectively). Greater rises are possible, particularly if ice sheets melt at higher rates than presently projected.

The sea-level rise projections are based on the simulations with the CNRM CM5 and EC Earth v2.3 global climate models.

For rates of subsidence, see: