1. Why is it important to consider climate change impacts for the non-European hotspot regions?

Across the globe, certain regions might be affected more strongly by the future climate change than the European continent. Within the IMPACT2C project, the focus has been set to West and East Africa, Bangladesh and the Maldives. These IMPACT2C case study regions have been selected for a detailed study of potential consequences of a +2°C global warming, because they reflect a wide range of sensitivities to future climate change. Presently, large areas of Western and Eastern Africa are already characterized by a water shortage. Bangladesh is subject to frequent flood events and may face substantial impacts due to global sea-level rise, which is also the major threat for the low-lying islands of the Maldives.

The overview of all topics within this story and the methodological pathway applied to estimate the changes in various climate parameters and indices for the non-European hotspots are presented in Figures method path and non-European Hotspots topic tree. 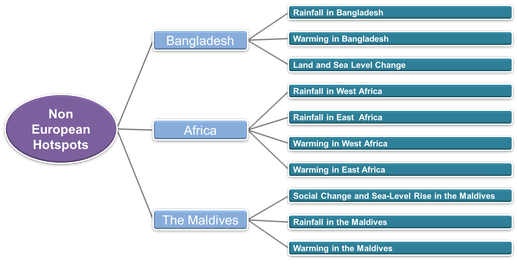 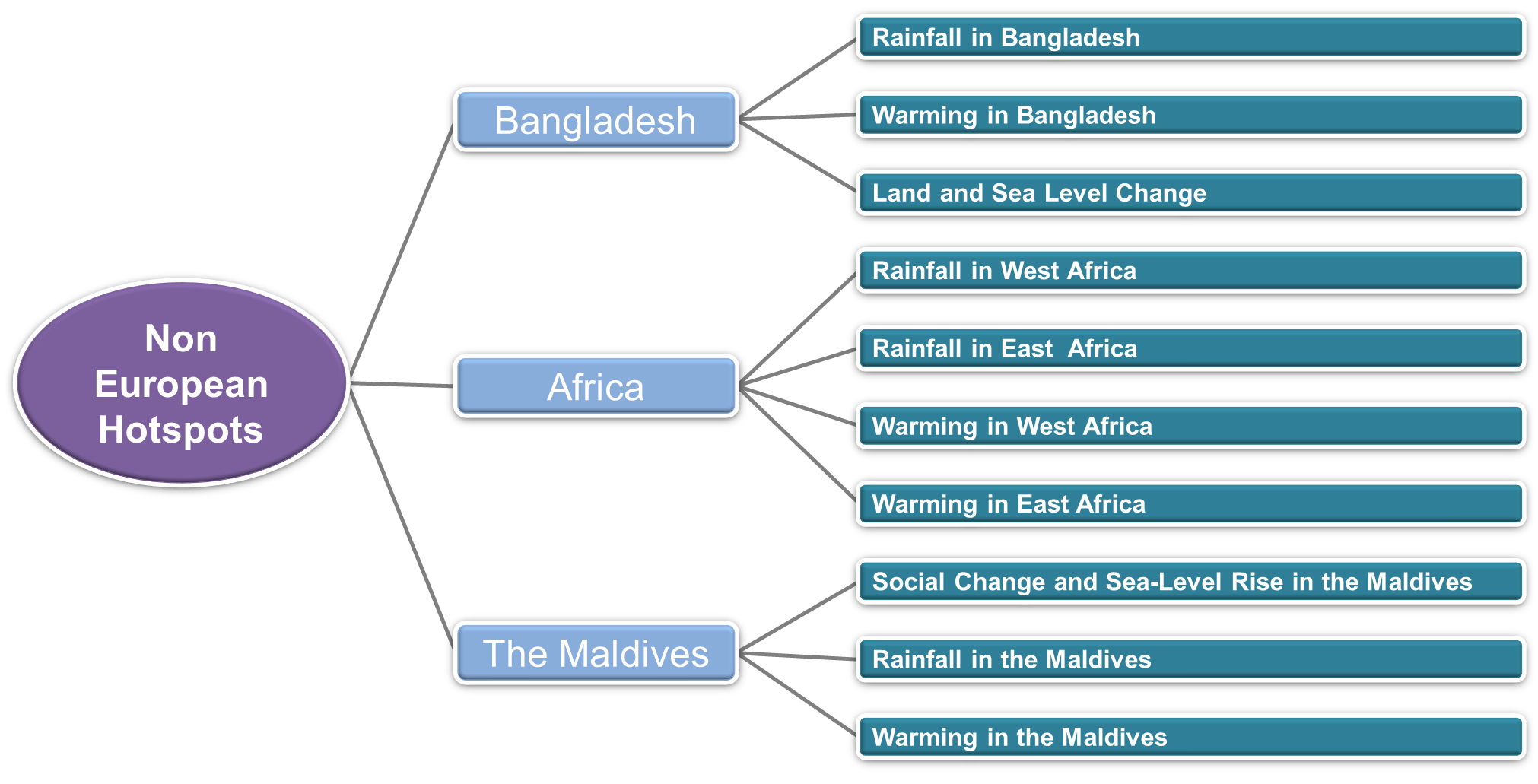 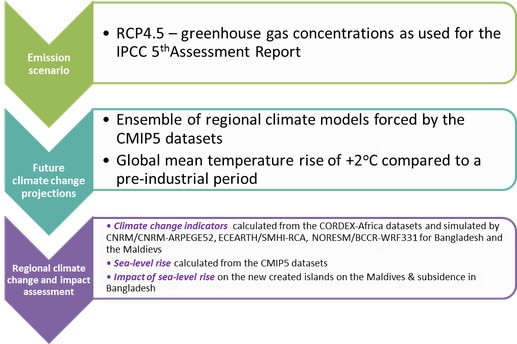 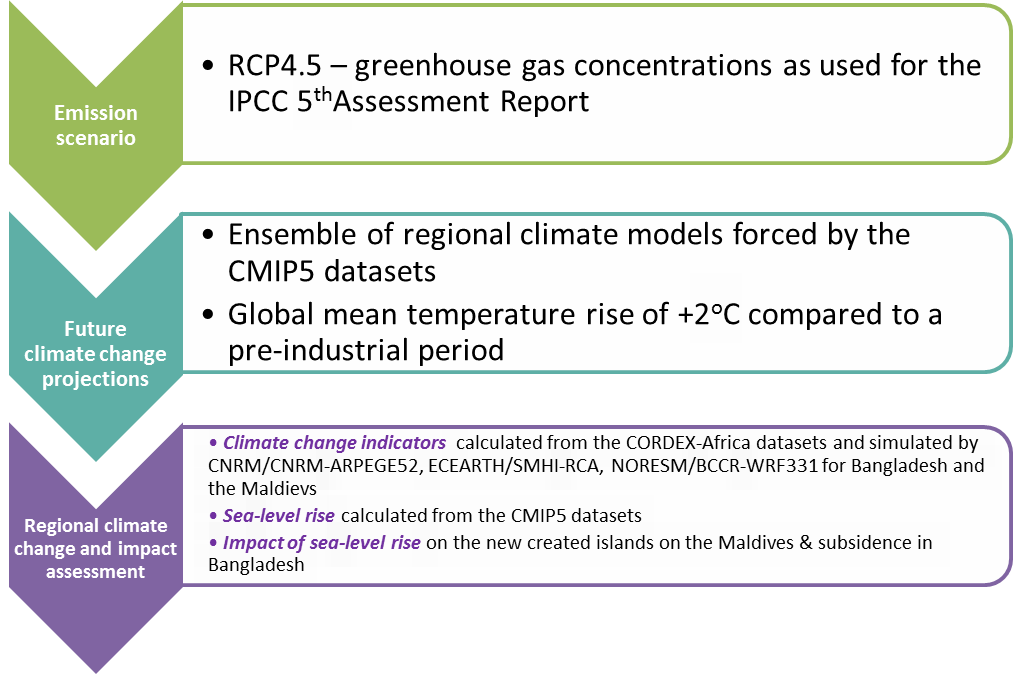 For Western Africa, the regional warming approximately corresponds to the global mean warming of +2°C. For precipitation, a modest increase of less than 10% is projected for most regions. As the expected increase in precipitation is not very large, a general risk of water shortage could persist because higher temperatures might also lead to enhanced evapotranspiration.

For Bangladesh, there is a close match between the magnitudes of projected regional and global warming of +2°C on average but with more pronounced warming towards the northern parts. An increase in precipitation is projected all over the region, with a stronger increase in the southeastern part. With respect to coastal flooding, expected impacts depend on several factors – including subsidence and sea-level rise. However, subsidence is highly variable and sea-levels will continue to rise, even if the temperature rise would stabilise at +2°C.

Finally, over the Maldives, the projected temperature increase is below the global average (+1.4°C for the Maldives compared to +2°C globally). Over the whole Archipelago, a substantial increase in rainfall is projected for a 2°C global warming, with a maximum increase at the latitude of Male with about 1/3 more rainfall than today. In the atlas section on “social changes and sea-level rise in the Maldives”, these findings have been combined with other information and some initial conclusions on overtopping conditions and flood extents associated with +2°C global warming can be drawn.