As shown in the coastal background information, sea-levels have been rising over the last century and are expected to continue to rise in the future. For the world’s coastal ports this can have significant social and economic consequences, as higher water levels can lead to extensive storm flooding. Many coastal port cities already have populations greater than 1 million people and as these populations increase so will the number of people potentially affected by flooding. Assessing this number is important when planning for storm events, particularly when using cost-benefit approaches, as it indicates the worst case scenario.

Using the HadGEM2-ES climate model, as the projected increase in global mean temperature reaches 2°C for all RCP scenarios by 2040, there is little difference in the population exposed to the 1:100 year storm event in 136 port cities (see Table). For coastal flooding the benefits of limiting any temperature increase to 2°C (RCP 2.6) is found later in the century when sea-level rise begins to stabilise. Compared to a future where 3°C (RCP 4.5) is reached by the end of the century, 4.7 million fewer people in the port cities are potentially flooded by a 1:100 year event. 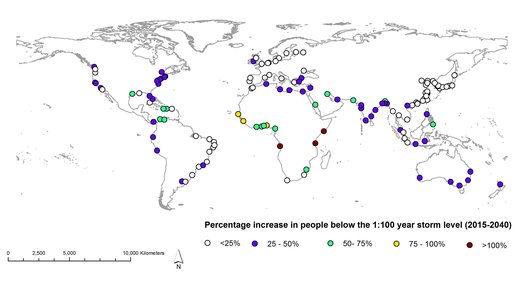 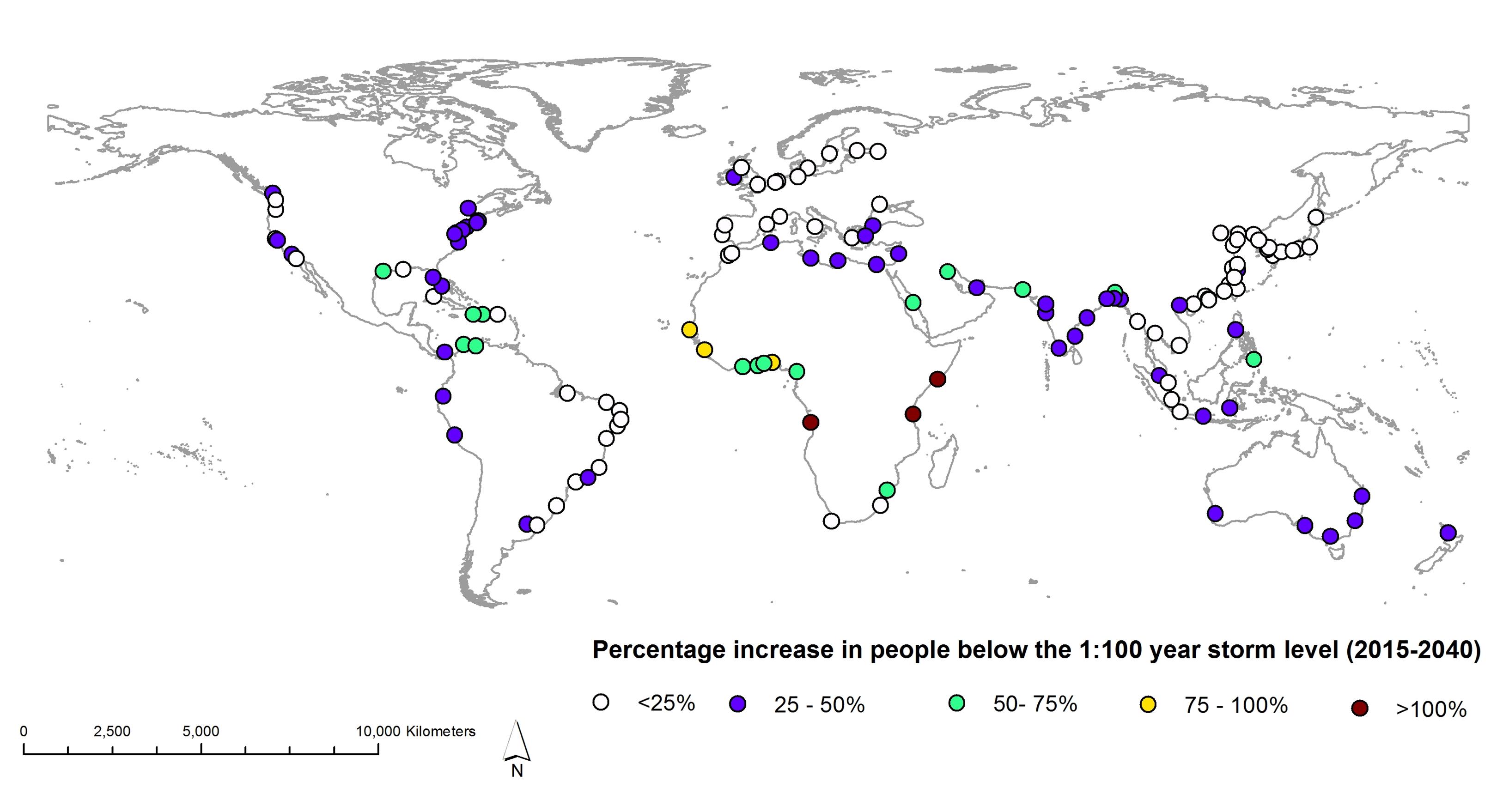 Growing port cities and their adaptation to climate change

However, differences in the number of people expected to be living in individual cities means that some cities will still have to plan for large increases in those living below the 1:100 year storm water level even by 2040. The highest increases (over 75%) are found mainly in Africa but many port cities around the world may experience increase of over 25% and will therefore need to implement additional adaptation strategies (see Figure left).

In Europe, Dublin is the only port city which shows such an increase as port city populations in the region are expected to either stay the same or reduce. This indicates that current approaches to flood prevention and adaptation in port cities such as Amsterdam, Rotterdam and Hamburg are likely to remain pertinent over this century.