1. Why is it important to consider climate change impact for the Tourism sector?

The tourism sector plays an important role in many economies all over the world. Moreover, tourism is very sensitive to the weather conditions and therefore might also be strongly affected by future climate change. There are many approaches available how to estimate potential impacts of climate change on tourism.

An overview of all topics within this story and the methodological pathway applied to estimate the impact on the tourism sector are presented in Figures method path and topic tree.

Regarding the economic importance of winter tourism especially large parts of Scandinavia and the Alpine region emerge. Hence the IMPACT2C consortium set a dedicated focus on estimating a climate change impact for winter tourism. Within the project the risk of losing winter tourism overnight stays was estimated. This analysis is accompanied by a study on the projected changes in the snow season length under a +2°C global warming. 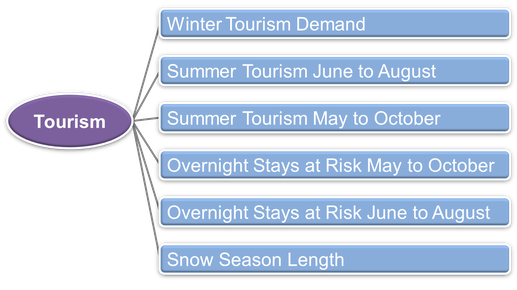 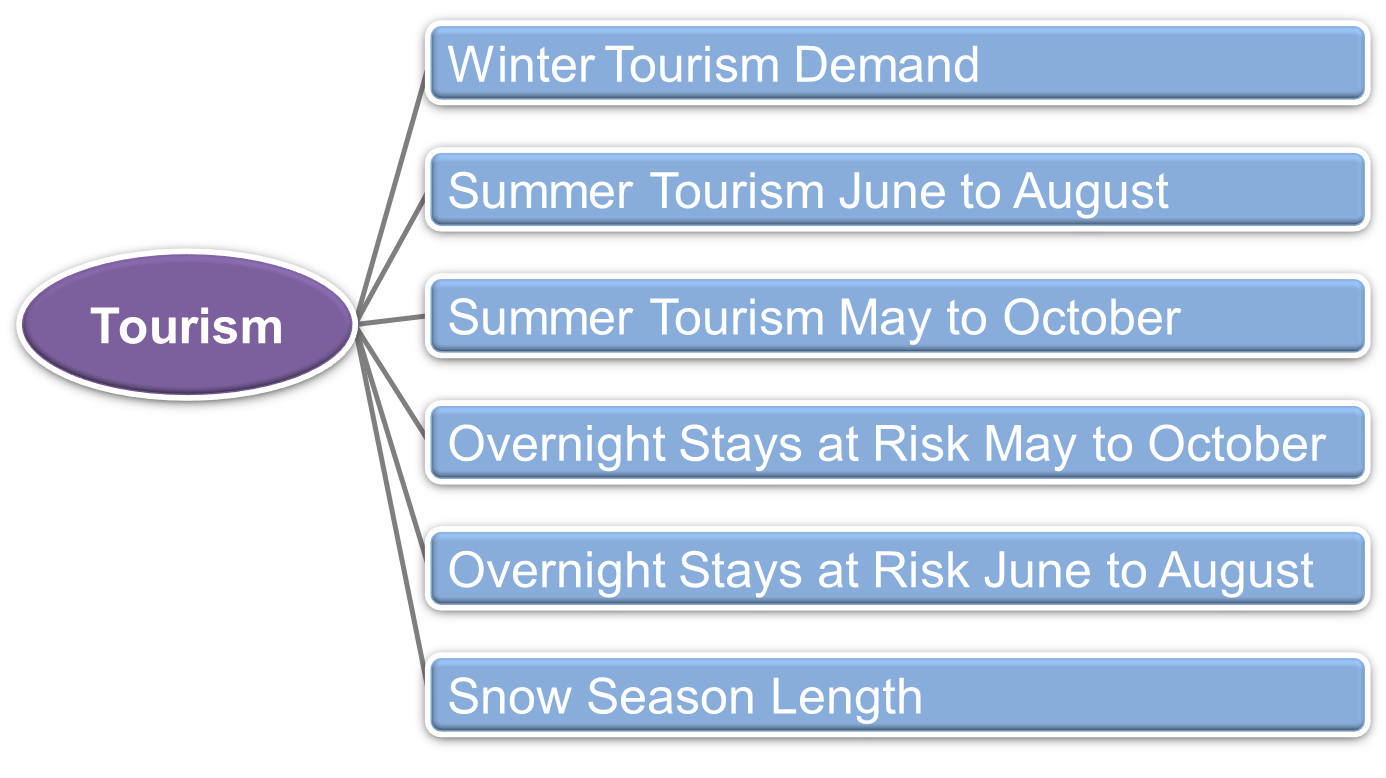 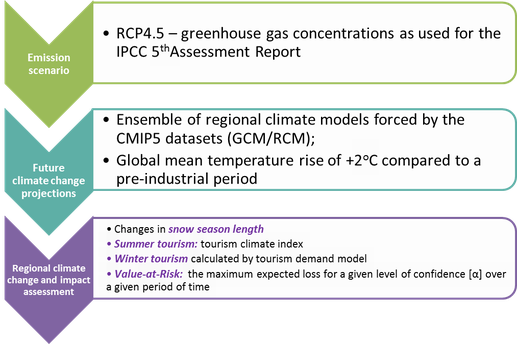 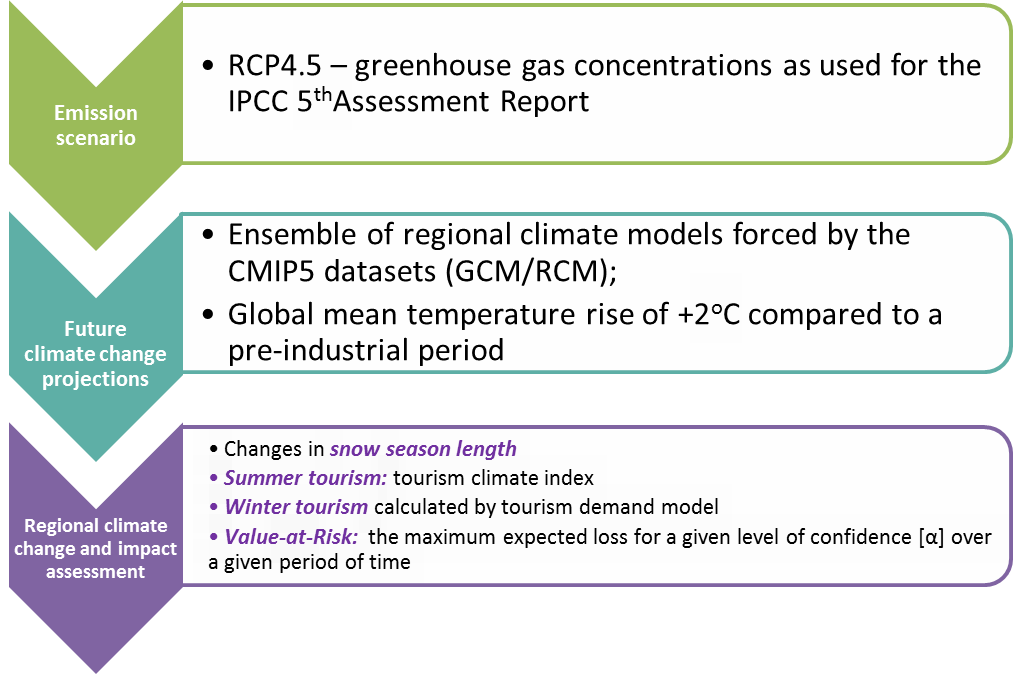 Summer tourism can be differentiated during a core season from June to August and during an extended season from May to October. For the extended summer season from May to October, the projected impact on the Tourism Climate Index (TCI) improves the situation for summer tourism all over Europe. This finding is also reflected in the number of overnight stays at risk, which are projected to decrease over most parts of Europe, except for Portugal, Greece and Cyprus.

During the core summer season from June to August, projected changes in the TCI indicate that summer tourism in Central and Northern Europe seems to benefit from a warmer climate, whereas some Mediterranean regions will experience a warming beyond the comfort zone. This finding is also reflected in the number of overnight stays at risk during the core summer season, with fewer nights at risk in Central and Northern Europe and more overnight stays at risk in the south.

Regarding the winter tourism situation, the snow season length is projected to shorten under a +2°C global warming across Europe. Some areas, especially at lower altitudes, may lose the whole snow season whereas higher altitudes might have between one and two months less snow. Corresponding to the shortening of the snow season, the number of winter tourism overnight stays at risk is also projected to increase under a +2°C global warming. Here, up to 10 million overnight stays are at risk in Europe overall, with Austria and Italy being affected most.