The maps illustrate projected annual sea flood costs in the 2080s, assuming that sea defences are built to reduce flood risk. This helps better understand where the greatest risks could be, plan for damages, and where appropriate, instigate further adaptation measures. By comparing the 2°C and 3°C maps, the benefits of climate mitigation may be realised.

Sea-level rise threatens infrastructure, transport and housing. The results here are helpful for coastal planners and engineers, in terms of understanding where the coastal risks are.

The maps illustrates annual flood costs under a +2°C and +3°C (special map) global warming scenario, generated from a 0.31m and 0.42m rise in sea-levels respectively. Costs are reported in the 2080s under the SSP2 scenario (see background information), and assume that coastal defences are upgraded as sea-levels rise. Countries surrounding the North Sea tend to have the highest projected flood costs due to their low-lying coasts and/or long coastlines. However, some countries (e.g. the low-lying Netherlands) are more risk adverse than the modelled outputs as they have experience with devastating floods in the past so already have demand high protection standards. In this case projected flood costs would be lower.

The benefits of mitigation are illustrated by the difference in global mean sea-level rise between the 2°C and 3°C global warming scenario as shown in the Figure: 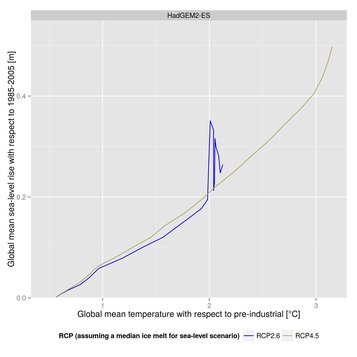 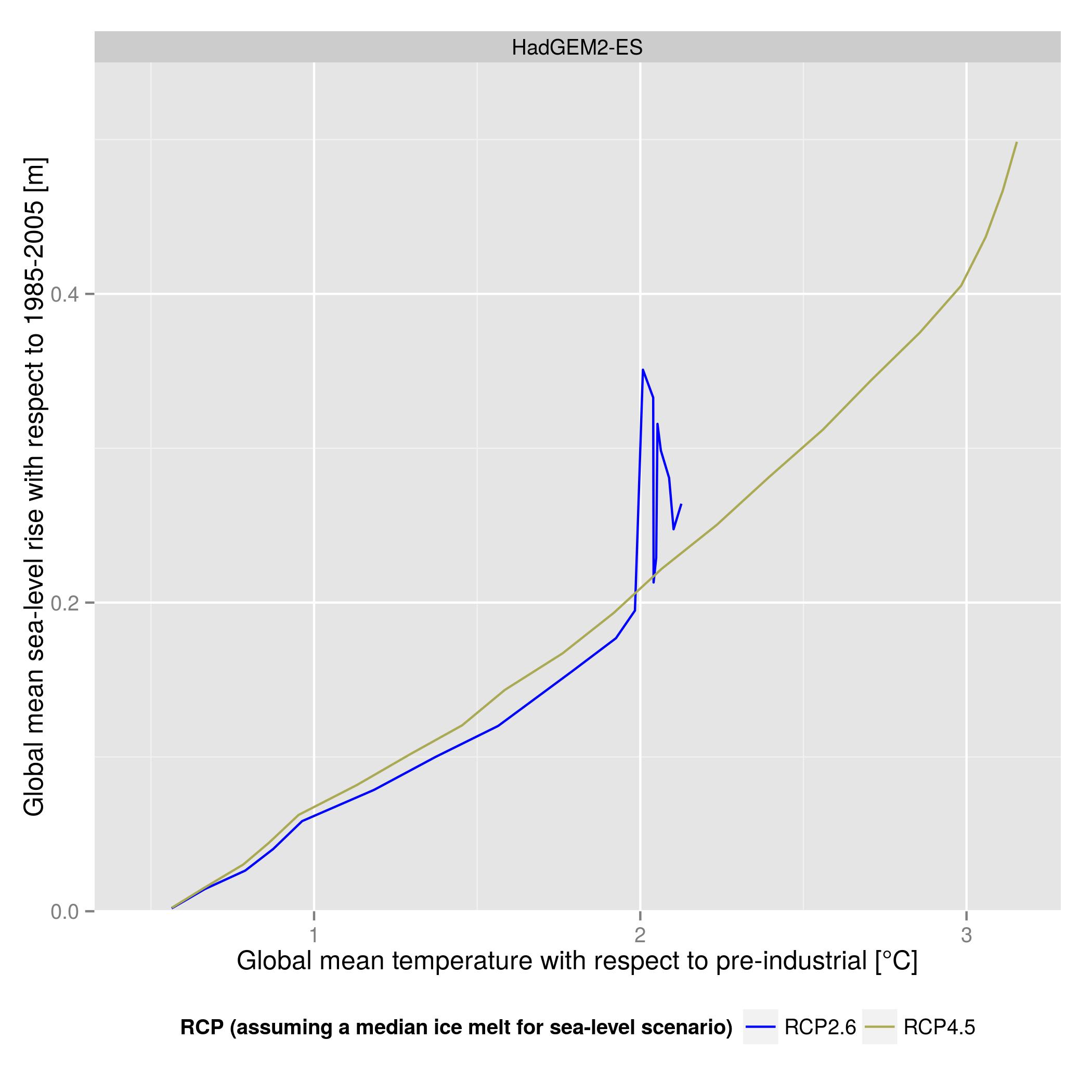 Due to large sea flooding costs, in absolute terms nations surrounding the North Sea will benefit most from climate mitigation. In relative terms, it is the small European economies, and small island states of Malta and Cyprus that receive the greatest benefit.

For many impact studies, raising the global mean surface temperature by 2°C will produce an impact that may be apparent within hours to a few years. The situation is not as simple for the sea level rise as oceans can take many decades to respond to warming surface temperatures and ice sheets can continue to melt for hundreds of years, even if temperatures stabilise. Thus, in the project the impact of sea-level rise has been analysed at a range of temperature projections, focusing on the benefits of climate mitigation e.g. 2080s.

Sea-level scenarios were extracted from:

The costs were generated from the Dynamic Interactive Vulnerability Assessment (DIVA) modelling framework. Further information about DIVA may be found at www.diva-model.net and the following references: