Sea-levels have been rising for hundreds of years, and there are concerns that the rate of sea-level rise will accelerate. This could lead to widespread flooding of low-lying areas affecting millions of people worldwide and high costs of economic damage, if adaptation does not take place.

From 1901 to 2010, global mean sea-levels rose 1.7±0.2 mm/yr, and from 1993 to 2010, rates of 2.3±0.4 mm/yr were recorded (Church et al. 2013). Sea-levels do not respond instantaneously to a rise in temperature as oceans and ice sheets take a long time to respond. Therefore there is a time-lag between atmospheric warming and sea-level rise, known as the commitment to sea-level rise. Thus, unlike other sectors and stories a +2°C global warming could produce a range of sea-level changes. Therefore, the coastal theme section of this atlas focuses on the benefits of climate mitigation in the 2080s. 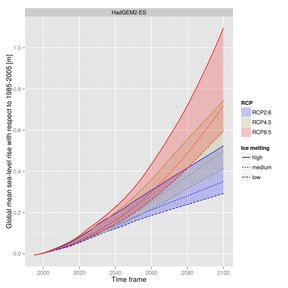 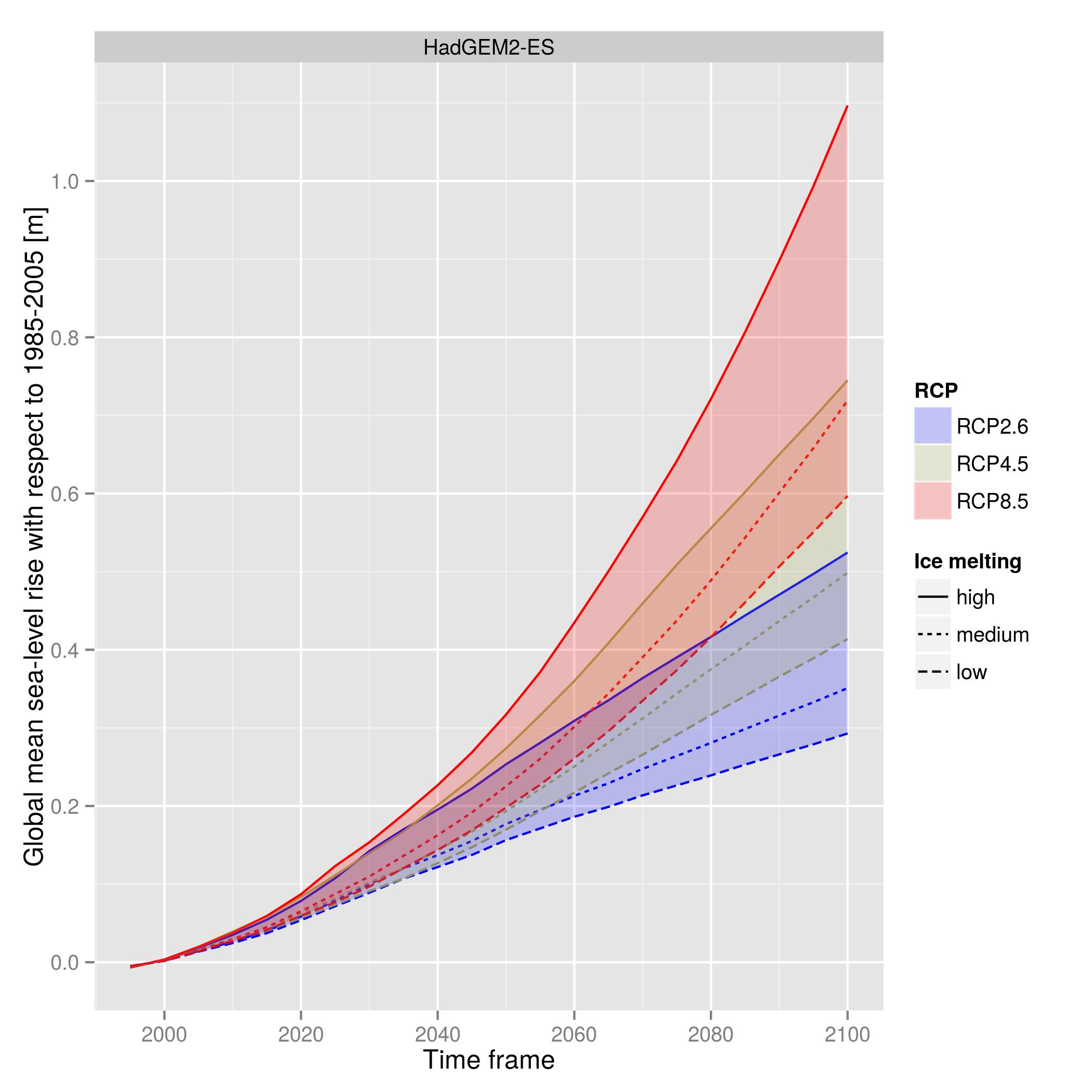 Socio-economic conditions affected who and what will be affected by sea-level rise. The costs and impacts presented here follow a Shared Socioeconomic Pathway 2 ’middle of the road’ scenario: There is some progress towards development goals, but there is still a dependence on fossil fuels. In the EU throughout the 21st century, population decreases, but wealth increases (O’Neill et al. 2014) as shown in Figure changes in population and gross domestic product.

The atlas shows potential costs of sea-level rise for flooding and adaptation for EU countries, and people exposed in port cities with a population of greater than 1 million people around the world. 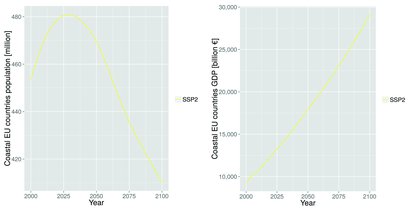 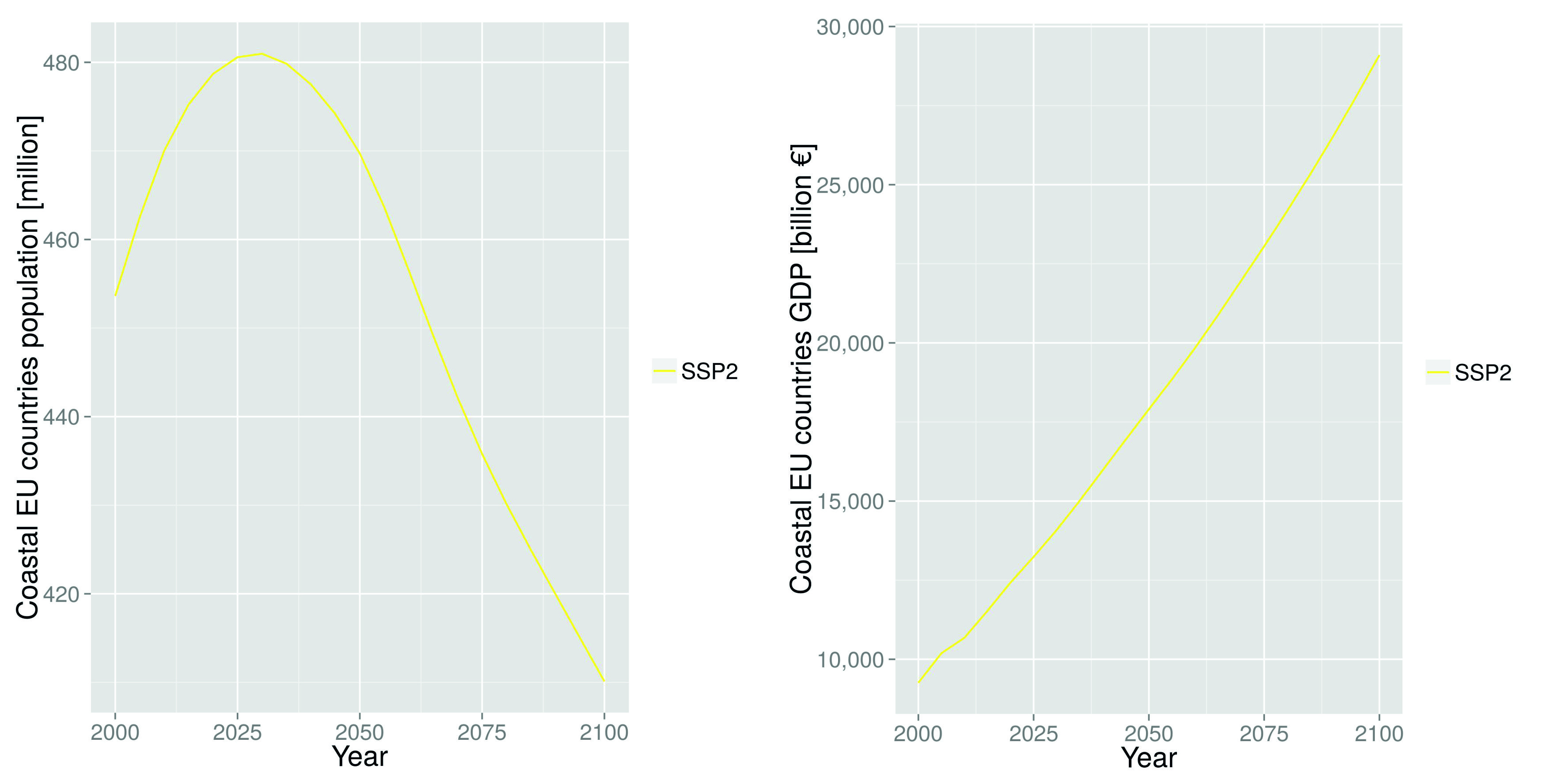