1. Why is it important to consider climate change impact for agriculture, forest and ecosystems?

Agriculture was developed around 11,500 years ago and has ever since played an important role in nourishing humanity. Climate change affects the conditions for the growth of plants and thereby nearly all sectors of agriculture.

The IMPACT2C community investigated the direct influences of changing climate (e.g., temperatures and precipitation) on various aspects clustered around Agriculture, Forest and Ecosystems (see Figure Agriculture, Forest and Ecosystems topic tree). A suite of impact models has been applied (see Figure method path) to estimate the potential impacts of +2°C global warming on these aspects. Topics tackled include the irrigated and rainfed crop yields, forest production, as well as, cropland soil organic carbon.

Another factor for the growth of plants is their resilience, which might change under different climate conditions in the future. The adaptive capacity of different plants is an indicator of how different sectors are able to cope with and adapt to future change in climate and its extremity. IMPACT2C investigated the adaptive capacity for agriculture, forestry and ecosystems. For this purpose, the adaptive capacity index based on stock indices for human, physical, natural and financial capitals has been developed. 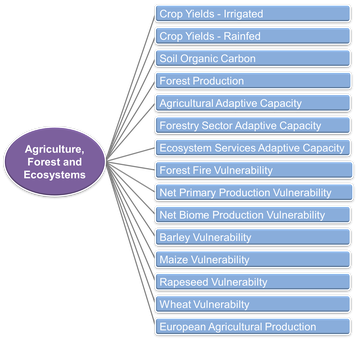 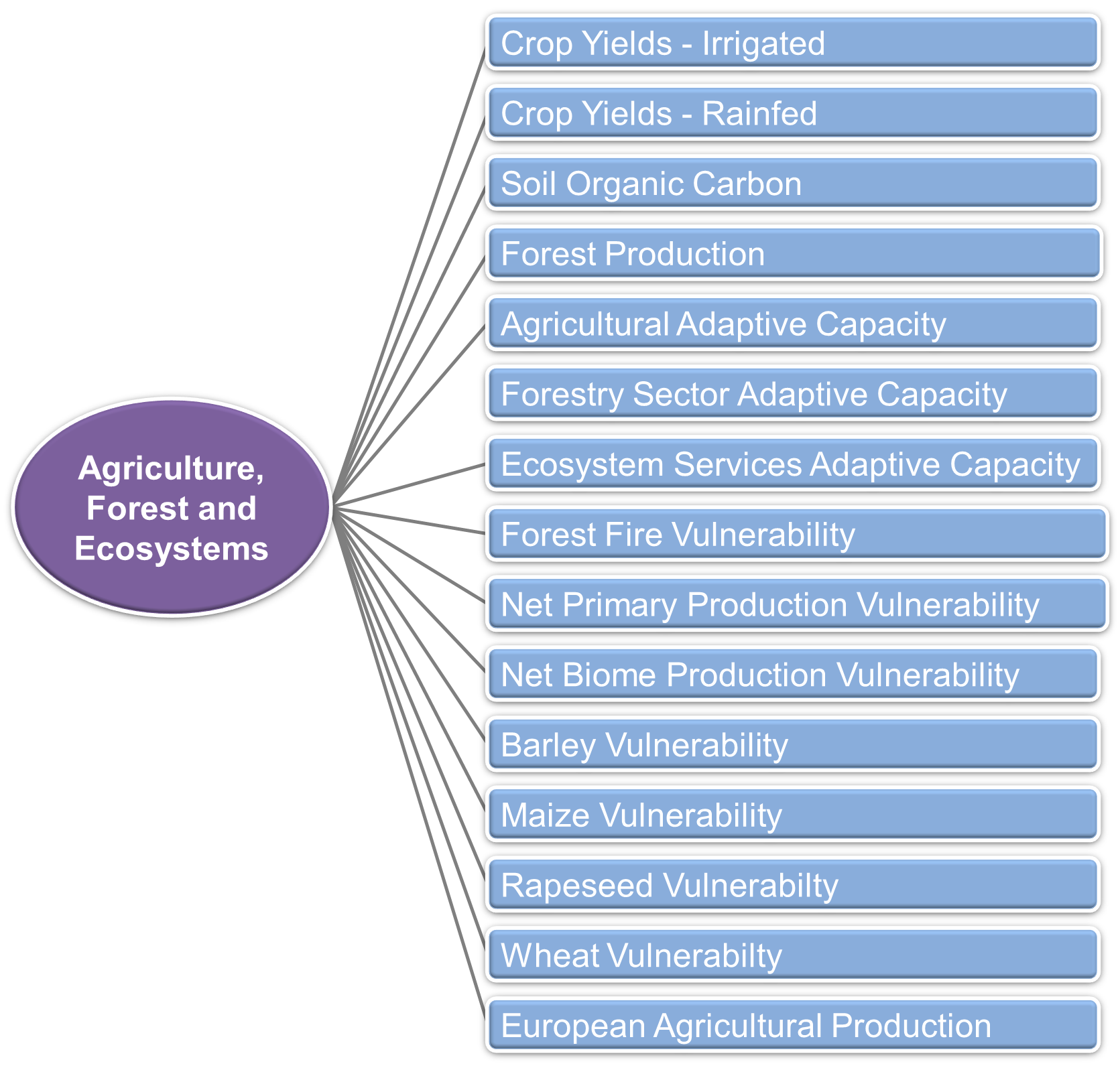 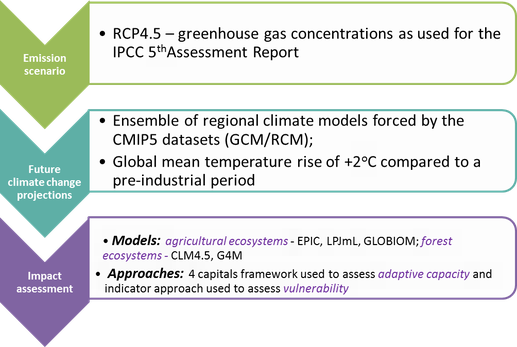 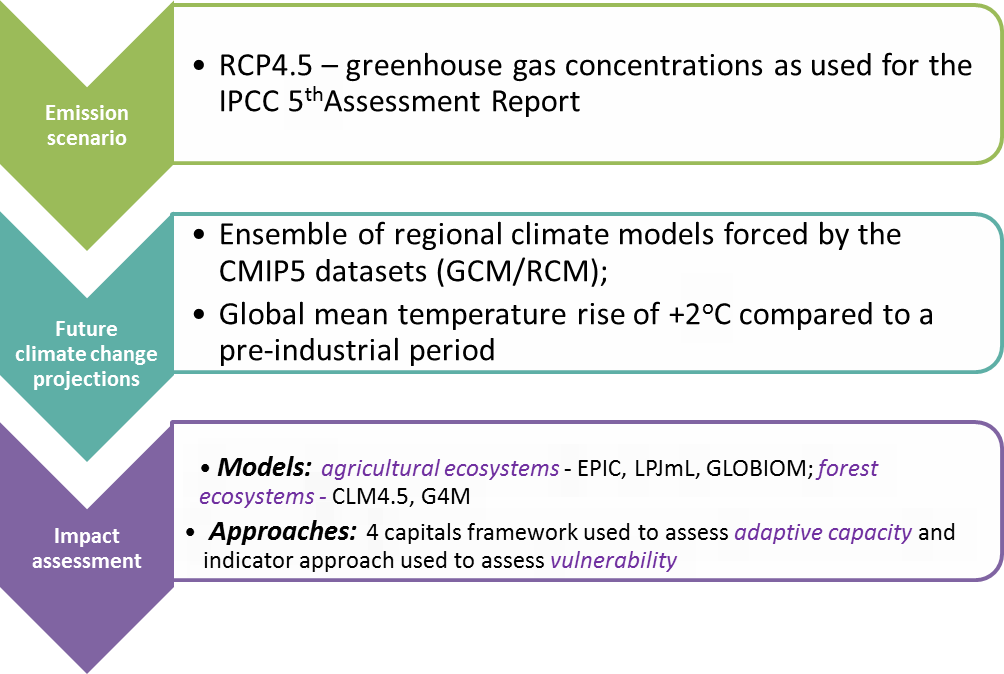 Under a +2°C global warming conditions and assuming present-day crop management, there would be an overall loss of crop calorie yield. The loss is calculated as 3.5% for irrigated crops and 1.6% for rainfed crops. The decrease is due to robustly negative impact in many highly productive regions of Southern and Western Europe. Since the calorie yield synthesizes the impacts from all simulated crops, the overall picture may be different from that of individual crops. In summary, summer crop yields would increase by more than 20% in many regions of Central, Western and Northern Europe. On the contrary, winter crop yields would decrease by approximately 20% in Western Europe and the Balkans. All crops would provide lower and more vulnerable yields in Southern Europe (high uncertainty though). Negative effects in Southern Europe can be lessened by switching from rainfed to irrigated systems and adaptations in crop cultivars.

Affecting soil fertility, a reduction in cropland soil organic carbon for most of Europe, particularly in northern and south-eastern regions, was calculated. The calculations showed a decline of 12% on average compared to the reference period.

The IMPACT2C community analysed various aspects of adaptive capacity of agriculture, forestry and ecosystems. The overall finding was that eastern and southern European regions are less able to cope with and adapt to future changes under a +2°C global warming. The vulnerability assessment for different crop types took the changing biophysical impacts into account as well as the capacity of the agricultural sector to adapt to changing climate conditions.

Based on the future socio-economic development scenarios, agricultural production is expected to increase on average by 30% in Europe compared to the year 2000. This increase is because production remains primarily driven by the growing demand for food and in addition, crop yield increases from research and development. They are only slightly moderated by an overall negative climate change impact on crop yields. At national scale, nevertheless, climate change and adaptation are very strong determinants of future production levels, and induce large production reallocations.